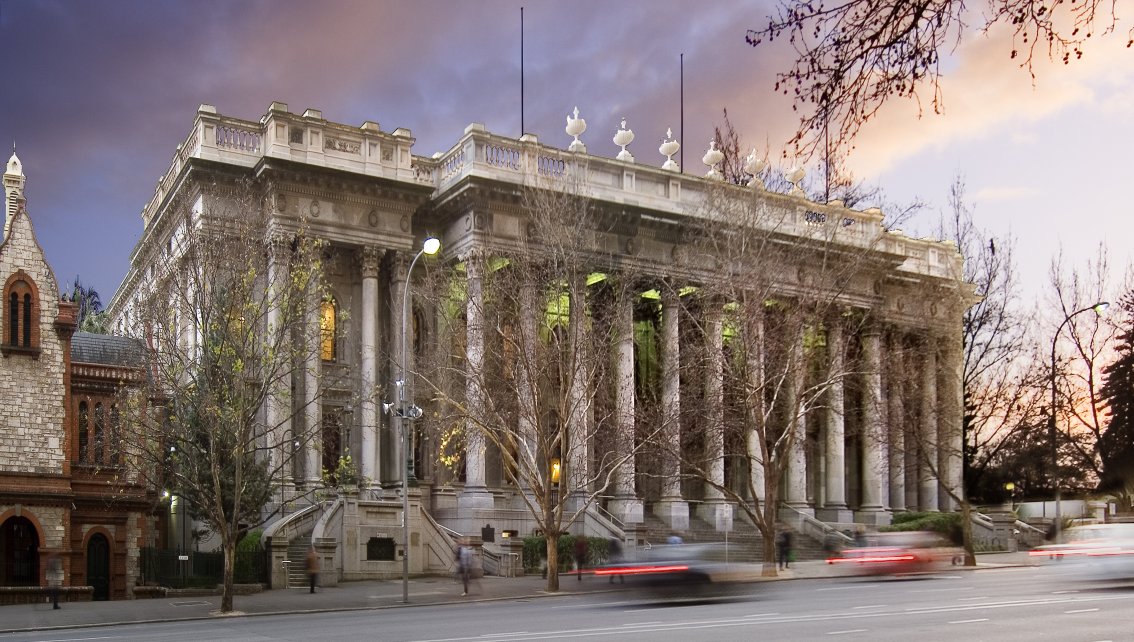 I also wish to say a few words to mark International Firefighters' Day and commend the minister for moving this motion and acknowledge his hard work in this area and the government's support of firefighters, both MFS and CFS. One thing that I love about the support of those on this side of the house is how we do appreciate that the MFS and the CFS are quite different but really important organisations. I hope it is a lesson learnt, especially since, when the member for Light was the minister for emergency services, he tried to merge those two organisations, much to the disappointment and chagrin of, especially, Country Fire Service operators and volunteers.

As we have seen out of Victoria recently as well, the socialist Andrews government has tried to enforce a merger on hardworking volunteers. That is probably what we expect from the Labor Party and is no doubt what a future Labor party wants to do if the member for Light is ever the minister again. It is really important to acknowledge the hard work of firefighters, and those on this side of the house appreciate their dedication, as do those on the other side of the house as well. We also acknowledge the important role that volunteers play, especially within the CFS, in general and within my community.

As the member for Elder touched upon in her contribution, International Firefighters' Day began after the tragic death in 1998 of five Country Fire Association (CFA) volunteers in Linton, Victoria. Here as well, we have seen firefighters really put their lives on the line to look after South Australians, through Ash Wednesday, Black Tuesday and the Pinery Fire in particular. Of course, all firefighters do this on a daily basis as they go about their work looking after us, whether it be a fire that they put themselves in front of, chemical fires, which are particularly hazardous, or the general impact that firefighting has on life and limb.

As I said earlier, we also acknowledge all of our CFS volunteers because they put their body voluntarily on the line. That is something which is so important. It should never be taken for granted by the community and, indeed, the community does not take it for granted. Each day our personnel put their lives on the line to save lives and protect property, preventing and minimising physical and economic loss to a community.

In my electorate of Waite, and throughout the Mitcham Hills, we are truly blessed to have a CFS that is so dedicated to an area which is actually quite bushfire prone due to the Belair National Park and many of the open reserves and spaces as we head up into Heysen as well, with the groups up through the member for Heysen's electorate. My electorate, which falls into CFS Region 1, includes more than 3,000 firefighters and 83 brigades throughout the Mount Lofty area. In my community, as I said before, we have the Sturt CFS group. Dale Thompson is the magnificent group captain and leads a most fantastic group of volunteers and the brigades that make up the Belair, Blackwood, Coromandel Valley, Cherry Gardens and Eden Hills brigades.

About 180 volunteers give up their time and respond to so many emergencies. It is not just firefighting that they respond to; it is car accidents, it is rollovers, it is road clearing. They get calls at 2 o'clock in the morning and 2 o'clock in the afternoon and they make themselves available on behalf of the community. So I would like to really acknowledge my community volunteers who go above and beyond. Sturt group and those volunteer firefighters donate over 1,000 hours of their time to the CFS annually. They go all over the state, and were also recently involved in the Victorian fires.

One thing that is so important about the CFS in my area is how it is much loved by the community. Most businesses in my electorate have a CFS donation box on their front counter. My electorate office also has a CFS donation box on the front counter, and almost every time someone comes into my electorate office and gets a JP service or uses the resources they put $1 or $5 into the tin because they know how important it is for the CFS to be well funded in South Australia and particularly in my area. While it is a primarily urban area, it does rely on CFS volunteers.

The Sturt CFS group has 12 fire appliances, including the air support craft at Cherry Gardens and the CAFS tanker as well, which was a huge fundraising effort that the community got behind. In fact, it was only because—and the member for Light will correct me if I am wrong—the minister and the government at the time did not want to give any money. The then Labor government did not want to give any money for the CAFS tanker at Cherry Gardens.

It took a $200,000 commitment from the local community plus a by-election pledge in 2015 that a future Liberal government would provide the rest of the funding for a CAFS tanker for the government to finally—and there is the member for Light shaking his head, but it is true. For so long, they did not want to provide funding to my CFS group but that is the attitude of the Labor Party. It is absolutely disgraceful and the then shadow minister, the member for Schubert, certainly knows it all too well.

As I mentioned in my maiden speech, it is incumbent on all of us to ensure that the CFS and SES are always well funded, respected and supported. That is why I look forward to working with the new Minister for Emergency Services and this Liberal government and ensuring that our CFS, as well as the MFS and all our volunteer groups, fire stations and communities, are well supported and maintained. That is why at the election—and I was with the then shadow minister at the Belair CFS station—we announced our $5 million commitment to upgrading fire stations, because we on this side of the house know it is important that our firefighting stations, whether they be in Belair, Balaklava or Booleroo Centre, are well resourced and well-funded. I am proud to say that this side of the house will always look after the CFS and our volunteers.