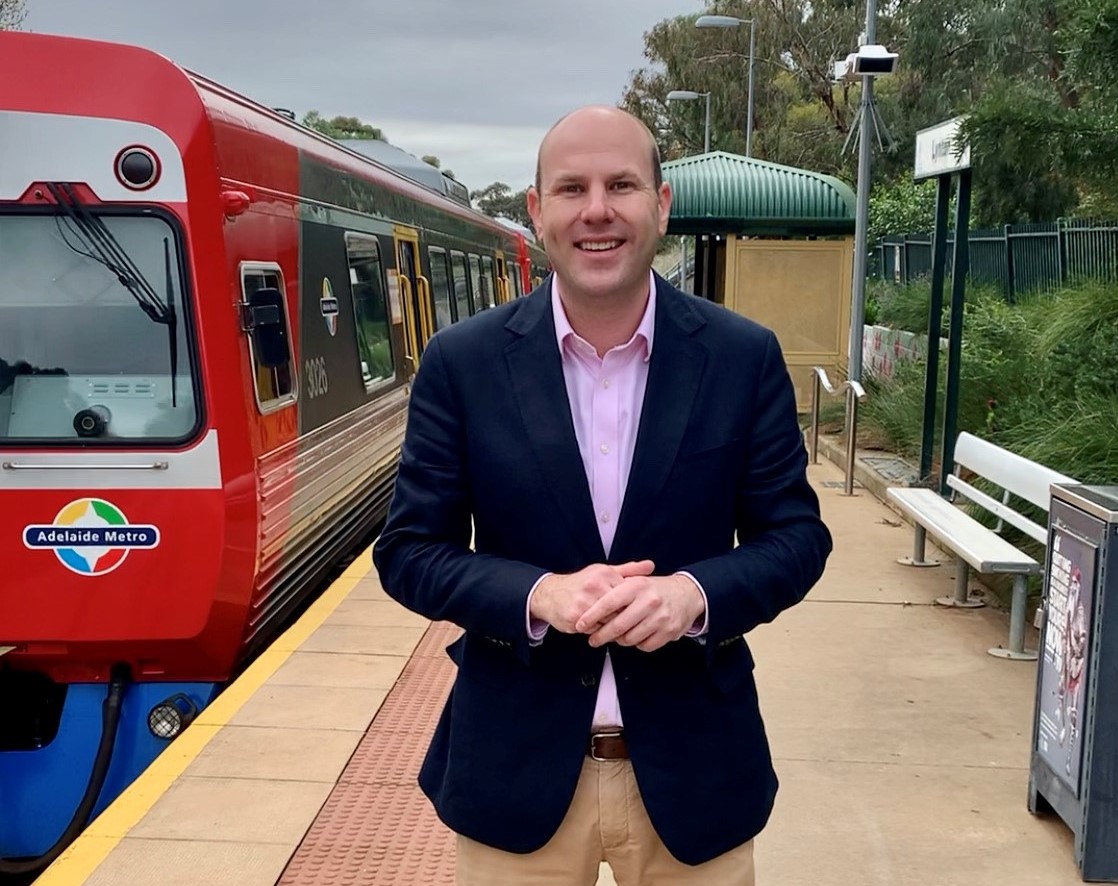 The Belair Train Line is an important rail route that connects several communities such as Blackwood, Mitcham and Unley with the CBD.

“There are several historic Railway Stations in my community that need upgrades. The Belair, Blackwood and Mitcham Railway Stations were first opened in 1883 and require commuter upgrades”, said Mr Duluk.

“Whilst it was pleasing the Blackwood Railway Station was upgraded a number of years ago, there are still well-built adjacent buildings that are unused, an issue raised by Blackwood Action Group back in 2017”, said Mr Duluk.

The Mitcham Railway Station has the same floorplan as Blackwood and also has a number of unused buildings.

“The Mitcham Railway Station needs some urgent TLC, both platforms could be improved with new paint, seating and an improved pedestrian tunnel”, said Mr Duluk.

This week the State Government made a commitment to improving Railway Stations across metropolitan Adelaide over the next 10 years, as part of the $111 million Station Refresh Program.

“I was disappointed the Government did not announce more Railway Station upgrades for the commuters on the Belair Line”, said Mr Duluk.

“My community continues to ask for investments along the Belair Train Line. Initiatives such as station upgrades, electrification and an increased frequency of passenger trains would be welcomed by commuters in the Mitcham and Adelaide Hills areas.

“I look forward to working with the Minister for Infrastructure and Transport, so the needs of my community are represented in the Station Refresh Program”, said Mr Duluk.