I recently appeared on Channel Seven's Today Tonight program with my colleague Corey Wingard MP to highlight the state government's inefficient management and neglect of our South Australian railways.

Member for Davenport, Mr Sam Duluk, has called on the new Minister for Disabilities, Mental Health and Substance Abuse, Ms Leesa Vlahos, to acknowledge the failings of the Weatherill Labor Government’s Alcohol and Other Drug Strategy.

Member for Davenport, Mr Sam Duluk MP, has had enough and is demanding urgent action from the Government to address the ongoing boom gate failures along the Belair Line.

Member for Davenport is encouraging people to shop local this Christmas to provide a much needed boost to the local economy. 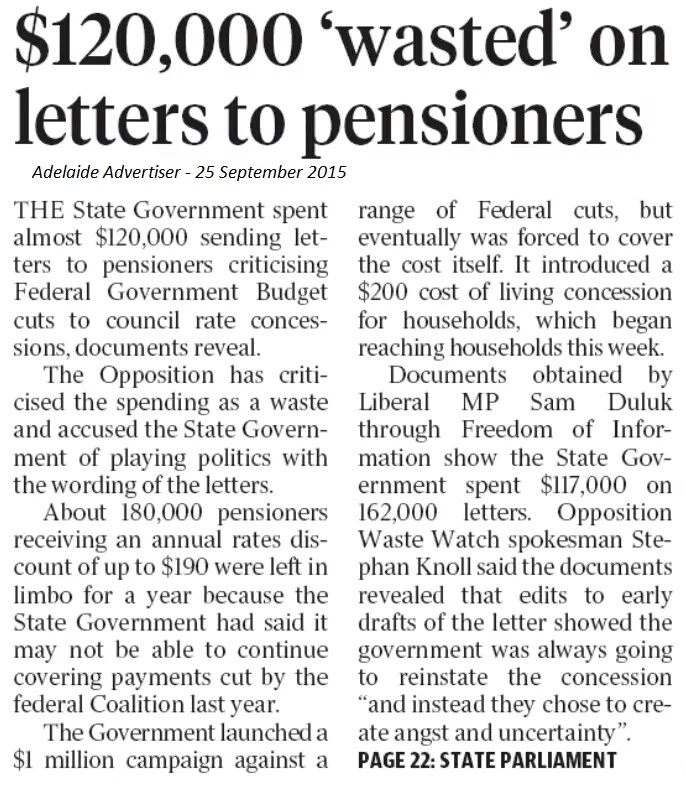